Introduction.According to scientific data, unemployed, lonely and students are most prone to procrastination. And what about teachers, in particular, higher education institutions? There is not enough data in the available literature. As practice shows, in the case of teachers, procrastination or postponement can manifest itself in the form of stress caused by failure to fully realize goals and plans vital to the individual. Negative consequences are expressed both in reduced work capacity and in acute emotional experiences of one's own failure, dissatisfaction with the results of one's work.

The aim of the study .was to investigate and evaluate the level of anxiety, depression and the nature of manifestations of procrastination among teachers of the Ivano-Frankivsk National Medical University during the period of altered psycho-emotional state during forced social distancing in connection with the COVID-19 pandemic and its impact on social functioning and quality of life.

Materials and methods: The survey was voluntary and anonymous. The research was approved by the Bioethics Committee of Ivano-Frankivsk National Medical University and conducted according to the principles of the Helsinki Declaration. We used two clinical test methods to identify emotional disturbances: the Hospital Anxiety and Depression Scale (HADS) and the Montgomery-Asberg Depression Rating Scale (MADRS) (Zigmond A.S. et.al.,1983; Svanborg P., 2001). In order to assess the degree of expressiveness of the propensity to postpone matters "for later" among the surveyed teachers, we created a special Google questionnaire created on the basis of data."Questionnaire to study the propensity of the individual to procrastination" (Shivari ,O.A., 2015), which is a modification of the "General Procrastination Scale" (Lay, C., 1986) and consists of two scales: "Personally conditioned procrastination scale" (Scale I) and "Situationally conditioned procrastination scale" (Scale II). Scale I indicates the general level of procrastination, and Scale II - motivational procrastination, its high indicators suggest that the questionnaire will perform some work only in the presence of motivation. In addition, in order to assess the quality of life, the data of "The Quality of Life Enjoyment and Satisfaction Questionnaire - Short Form (Q-LES-Q-SF)" were evaluated. (Endicott J; Rapaport MH; Clary C; Fayyad R). The statistical analysis of the results was performed using STATISTICA 7.0 software packages and the package of statistical functions of Microsoft Excel.

Results and discussion: Were interviewed 214 teachers of various departments of the Ivano-Frankivsk National Medical University: 174 (81.6%) women, 40 (18.6%) - men. 58 interviewees (27.1%) worked at theoretical departments, 156 (72.9%) – at clinical departments. The analysis of the results of the survey according to the «Personally conditioned procrastination scale» showed that 32 (14.9%) of the teachers interviewed by us have had a low, 96 (44.8%) - medium, and 86 (40.3%) - a high level of personal tendency to procrastination. Data of "Situationally conditioned procrastination scale"showed that 54 (25.2%) have had a low level of situational procrastination,76 (35.5%) - medium and 84 (39.3%) - high, respectively.Based on the results of the survey on the HADS scale, a normal level of anxiety-depressive symptoms (0-7 points on a scale) was found in 9 (15.5%) workers from the theoretical departments and in 52 (33.3%) - clinical departments. According to the data of the conducted questionnaire according "The Quality of Life Enjoyment and Satisfaction Questionnaire - Short Form (Q-LES-Q-SF), the least satisfied respondents were by daily functioning, present depressed mood, inability to perform housework efficiently and to spend leisure time interestingly, engage in hobbies or even perform professional duties.

Conclusions. The complex of research methods made it possible to comprehensively consider procrastination as a model of the behavior of the subjects and to determine the factors influencing its occurrence during the period of changes in the psycho-emotional state caused by forced distancing in connection with the Covid-19 pandemic and to study the relationship of procrastination with the level of quality of life (from the point of view of satisfaction and enjoyment of life). The main reasons for procrastination were dominated by: lack of motivation to work; stress, as a result of uncertainty and fear of the future; laziness; limited "live" communication and an excess of virtual, external distractions. It is noteworthy that among teachers this phenomenon is not limited to academic procrastination, in most cases everything is fine in this cluster, but more often it extends to homework, interpersonal communication, social and personal life. Attention is drawn to the fact that among teachers this phenomenon is not strictly limited to academic procrastination, but extends to household tasks, interpersonal communication, social and private life.

MD, Ph.D., Associate professor of The Department of Psychiatry, Narcology and Medical Psychology. 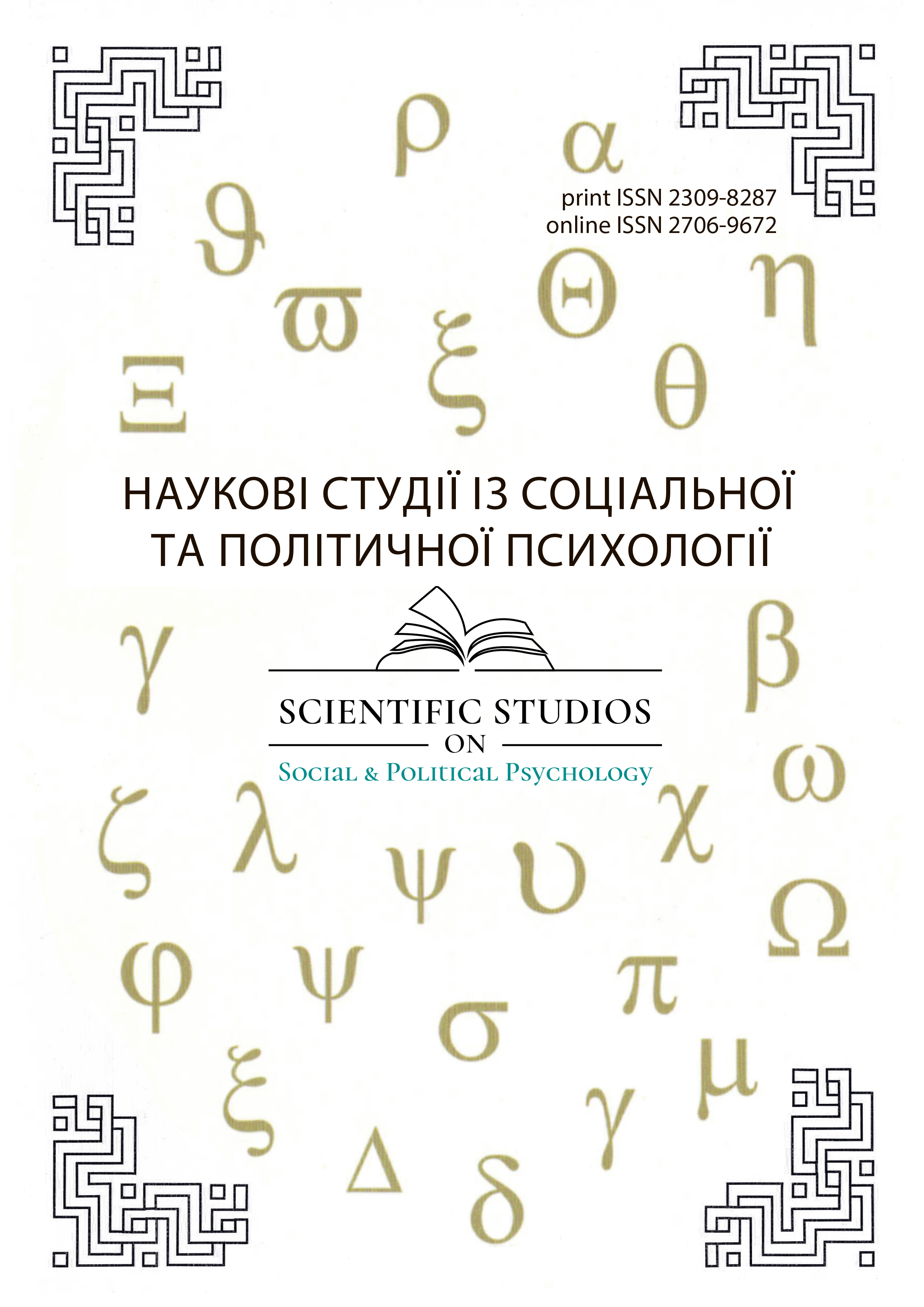 Published
2022-06-20
How to Cite
Romash, I., Neyko, V., Romash, I., Vynnyk, M., Gerych, O., & Pustovoyt, M. (2022). The nature of the manifestation of procrastination among medical university teachers during the piriod of altered psycho-emotional state during forsed social distancing due to the COVID-19 pandemic and its impact on the quality of life. Scientific Studios on Social and Political Psychology, (49(52). https://doi.org/10.33120/sssppj.vi49(52).267
Download Citation
Issue
No. 49(52) (2022)
Section
Статті
Open Journal Systems
Language